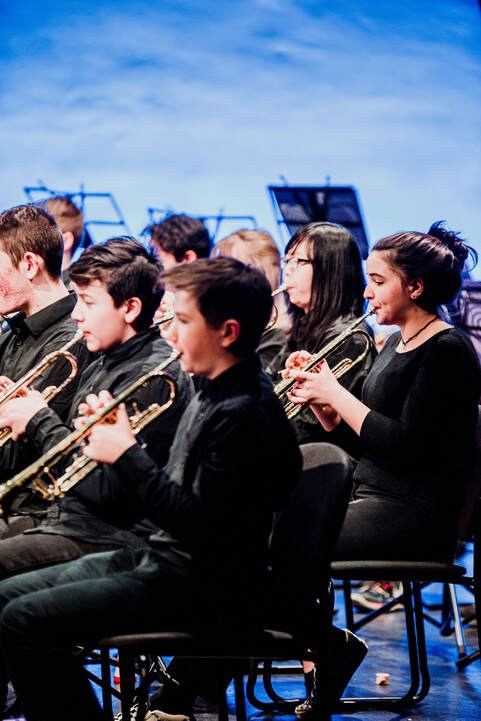 It has been a busy time in the Alberta Band Association office during what is usually a slow period for our work these past summer months!  The Alberta Band Association has been incredibly active, advocating for the inclusion of band education in the province with the return to school in the fall. Hundreds of letters have been sent to every school board superintendent, chair and vice-chair in the province, as well as the Ministers and Deputy Ministers of Culture, Multiculturalism and the Status of Women, Education, Advanced Education and Health as well as a many other public authorities in the province.

The Alberta Band Association has drafted strategies for indoor instrumental music ensemble rehearsal and performance and these strategies have been sent to Alberta Education and Alberta Health for consideration and implementation.  We have been told that the government will be releasing guidance for wind ensembles in September - as soon as we have access, we will post the information here!

In the meantime, we need you to raise your voice to support the work the Alberta Band Association has been doing. The best way to make the government listen is to receive communication from multiple sources expressing concern. From discussions with various government officials and critics, it has come to light that to have our voice heard is not only to pen a single letter on your behalf, but to have you, our members, also write to the Minister of Education, the Minister of Health, the Premier, the Critic for Culture, the Critic for Education, and your MLA citing your own stories, thoughts, suggestions for improvements, concerns, and struggles. The more often the government hears your concerns, the more likely they will be to respond. The more we offer ideas and solutions, the more willing the government will be to consider our asks.

Your School Administrator
Tell your School Administrator that you’re working on finding a solution to be able to offer band in the next school year and that you would like to work with them to find a way to keep your students safe. Ask if they're open to re-introducing band in the second or third quarter for your school and offer ideas as to how the school could make that happen.

The Parents of Your Students
The Alberta Teachers’ Association
Ask your union representative how you can help mobilize your union to support band education in the province. The ATA Fine Arts Council's mandate is advocate for arts education in the province - contact your Fine Arts Council representative and offer your assistance to help with their advocacy efforts.

To that end, we have a created a number of letter templates you can use, should you not want to pen your own. As we continue to craft responses  and letters, we will continue to post various templates on the site.

Letters to Parents and Guardians
A letter provided by the ABA that teachers can send out to their parents to get their parents on board with advocating for school music programs.
Letter from Parents
A second option provided by the Women Band Directors International Organization to engage parents in advocacy
A Template from the Women Band Directors International of Parent/Director Letters