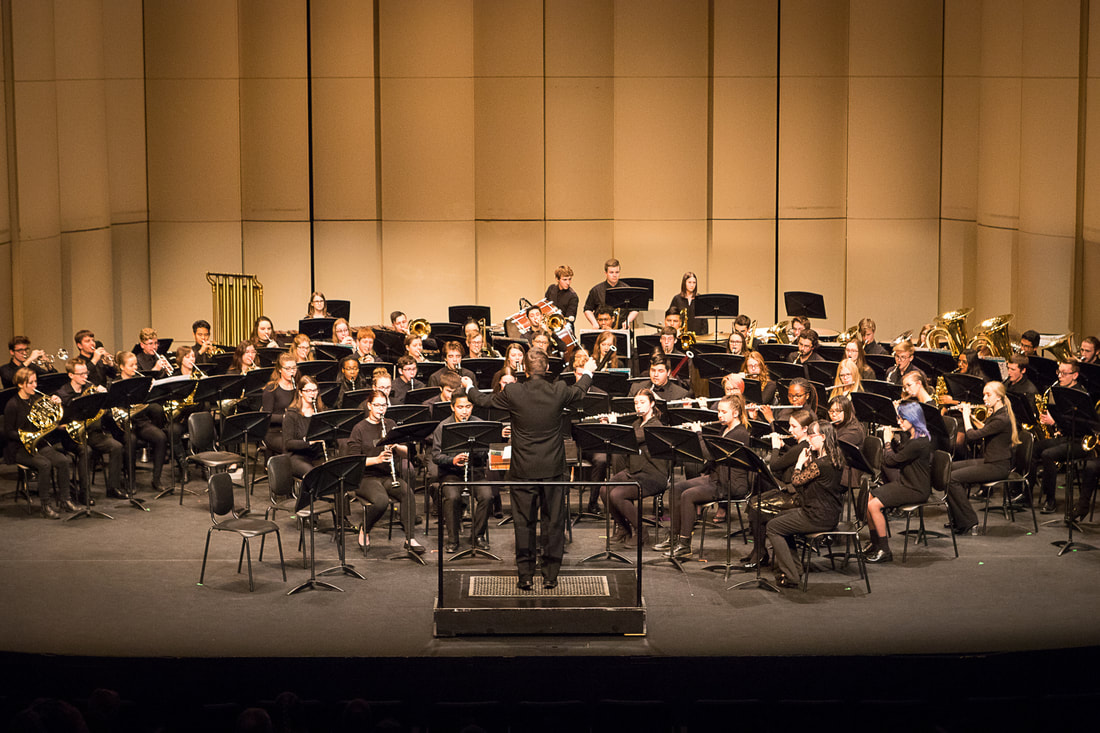 The Alberta Junior Honour Band program has been suspended for the 2020-2021 season.

Southern Alberta Junior Honour Band Guest Conductor
Rob Speers, Edmonton
​Rob Speers, born and raised in Edmonton, is currently Music Director at Harry Ainlay High School, where he has been teaching for the past 31 years. Ensembles under his direction have been consistently successful in attaining awards and accolades at local, provincial, national and international levels. Rob has conducted church choirs, youth choirs, community bands and marching bands in addition to his duties at school where he currently conducts the Symphonic Band, Jazz Band “A” and “B”, and Concert Band.  Rob continues to work as a freelance trumpet player and remains active as a conductor, adjudicator, performer and clinician throughout western Canada and internationally. Rob is currently the President of the Alberta International Band Festival, and served for many years on the board of the Alberta Band Association, Music Alberta and the New Edmonton Wind Sinfonia.  He is a member of the honorary band fraternity Phi Beta Mu and was awarded the prestigious David Peterkin Award in 2003 and received the 2005 Elkhorn Award from the Alberta Band Association.   In 2006, Rob was the recipient of Alberta Foundation of the Arts’ Tommy Banks Award and in 2013 Rob received the Vondis Miller Legacy Award from the Alberta Band Association.  In 2014 Rob was inducted into the John Phillip Sousa Foundation’s Legion of Honor. Rob is married to flautist, Dorothy Speers and has three children and four grandsons.  When school is not in session and Rob or Dot are not touring somewhere in the world, the family can be found relaxing with a glass of wine at their cottage at Moose Lake, in northern Alberta. 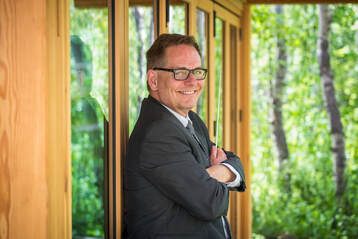 Central Alberta Junior Honour Band Guest Conductor
Brian Uzick, Calgary
Brian Uzick grew up in Melville, Saskatchewan where he learned to play bass clarinet and clarinet in school band and saxophone in the jazz band.  He attended University of Saskatchewan and received a Bachelor of Music in Music Education.  He began teaching band and choir in Moose Jaw, Saskatchewan.  During this time, he attended the University of British Columbia and received a diploma in Counselling Psychology.  He moved to Calgary, Alberta where he taught at Western Canada High School from 1991-2006 and was the Fine Arts Curriculum Leader. For 12 years, Brian taught grade 7-12 concert band, jazz band and was musical director for musical productions at Strathcona-Tweedsmuir School. He was the Fine Arts Curriculum Leader for 9 years. The Senior Band grew in numbers from 15 to 70 members and toured to California, Texas, Illinois, Austria, Russia and Italy.  He also became certified to teach the Middle and Senior International Baccalaureate programs.  He retired from Strathcona-Tweedsmuir School in June of 2018 but remains very busy.  He continues to teach clinics, guest conduct, plan workshops, mentor and adjudicate throughout Western Canada.

​​Nicole has coordinated the Calgary Regional Summer Band Workshop for the past 29 years. She is very grateful for the opportunity to work with so many outstanding music educators and young musicians throughout the years. Nicole has also taught in various junior high and middle school band programs for the Calgary Board of Education over the past 29 years and is currently the music director at Mountain Park School. Nicole holds a Bachelor of Music and a Bachelor of Education degree from the University of Calgary. She still thoroughly enjoys studying with other great musicians including: Jazz at Lincoln Center, Canadian Wind Conducting Symposium, Music Mentors International program, Midwest Music Educators Conferences, IAJE and ABA Conferences. In 2010, Nicole was inducted as a member of the prestigious Phi beta Mu Bandmasters Fraternity and currently is an executive on the board. In 2010, she received a Provincial Excellence in Teaching Award. Over the years, Nicole has received the Pan Canadian Award, the Alberta International Professional Development Award. School bands, under her direction, have received numerous Gold Awards from the Alberta International Band Festival and Kiwanis Music Festivals. Nicole believes strongly in getting involved with community music programs including coordinating the concert band adjudicators for the Alberta International Band Festival 2009- present where she helps mentors colleagues in the art of adjudication to provide excellent experiences for young musicians. She has adjudicated the Calgary Stampede Parade 1995- 2015. Nicole is also a proud member of the Calgary Optimist Club since 1992. She also thoroughly enjoys performing on French horn and piano with the Westwinds Community Wind Orchestra and the Cappy Smart Band. Nicole firmly believes in the importance of music education providing students with the opportunity to develop their own personal talents and the vital role of being a team player for a successful experience for everyone. She encourages her students to strive for their personal  excellence and experience the aesthetics of music to help them develop into happy and confident citizens.