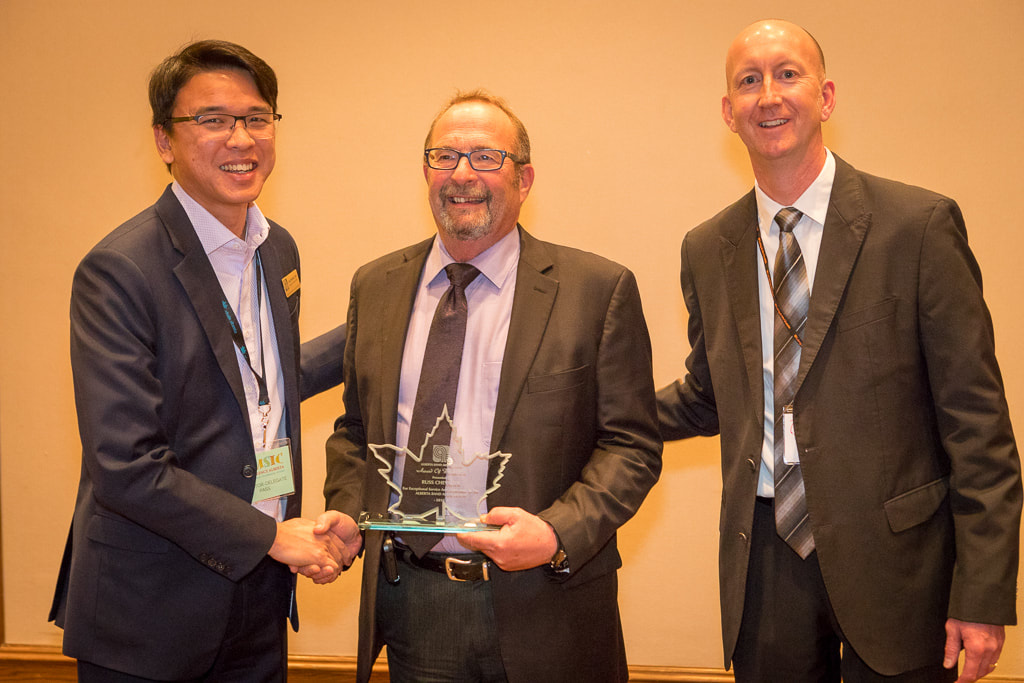 The Alberta Band Association annually presents five awards, two of which are awarded to recipients who are nominated by our membership.

The deadline to nominate an outstanding colleague for the Vondis Miller Legacy Award and the Keith Mann Young Band Director's Award is October 1.
Award Nomination Form

The Elkhorn Band Director of the Year Award recipient is chosen by former Elkhorn winners.

The Keith Mann Award is presented annually to an outstanding new band director with fewer than 6 years’ teaching experience in the province of Alberta. Created to honour the memory of Keith Mann, the recipient will demonstrate Keith’s enthusiasm and dedication to band music.

The Vondis Miller Legacy Award, which was created in memory of Vondis Miller, is a long-service award recognizing an individual who has devoted many years to sharing the joys of music-making with young people.

The Award of Distinction is an annual award presented to an ABA member who has gone above and beyond in consistently demonstrating and supporting the ideals of the Alberta Band Association.
2015 - Neil Corlett, Red Deer
2016 - Joyce Howdle, Red Deer
2017 - Russ Chevalier, Edmonton
2018 - Quan Le (posthumous), Calgary
2019 - Don Clossan, Calgary
2020 -